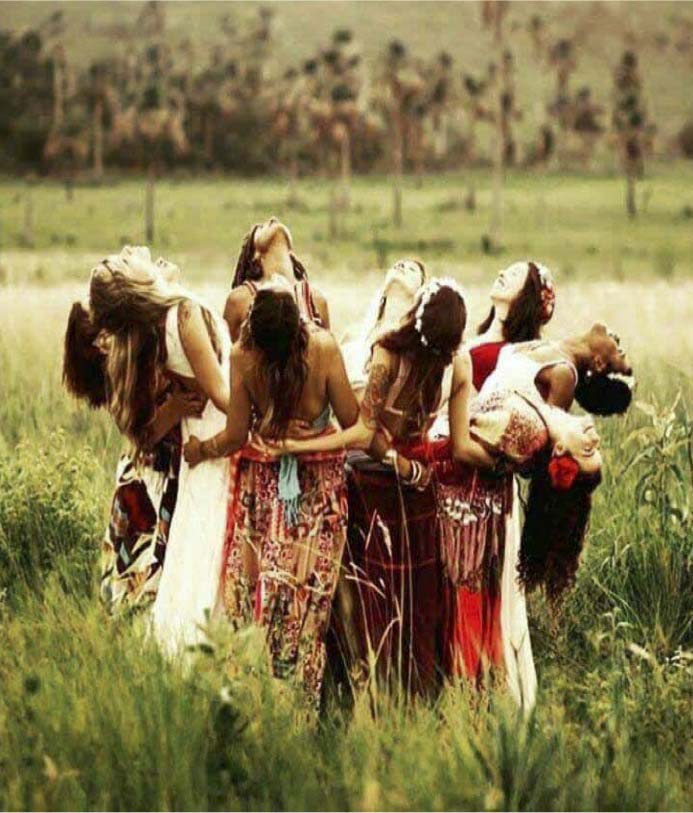 Vedic knowledge states that a purified energy field is created around Homa fires. This energy field can be influenced by the energy fields of persons in the vicinity of the fire.

To preserve the purity of this subtle energy field of the Agnihotra fire, we follow the discipline not to  perform Agnihotra (or another Homa fire) and not to come close to it whenever our own energy field is disturbed – as in the case of high fever or some bleeding. If we cut ourselves, we stay away for as long as blood is flowing. With Agnihotra ash (and/or tumeric) we can usually stop the bleeding quickly so that we are again able to perform Homa fires.

For energetic reasons, the same discipline is followed by women during their monthly cycle. During menstruation, women are surrounded by an energy that travels downward in a spiral shape towards the earth. Agnihotra creates an energy which flows in the opposite direction, that is upwards towards the atmosphere, also in spiral form. Both are cleansing energies but work in a different way and to an extent they nullify each other. Therefore for as long as there is bleeding, women should refrain from performing Agnihotra or any other Homa and from sitting near them. In this way women will also protect their cycle.

Likewise when a woman has just given birth she should not perform Agnihotra until the bleeding has completely stopped.

Many cultures in ancient times knew about the impact of subtle energies in the atmosphere. Thus many disciplines and practices which required refraining from doing certain activities during certain times were quite common. Recently modern science has only started to investigate the functioning and manipulation of subtle energies.

Agnihotra is the science of purification of the atmosphere, a science of subtle energies and as such it is governed by universal laws.