Scientific Aspects of Agnihotra: Purification of Water by Agnihotra (Part 2)

If air pollution doesn’t get to you, then water pollution may. Please read the article below, written by Dr. Ulrich Berk from Germany, to see why it is a very good idea to add Agnihotra Ash to your drinking water:

In the last article we saw that Agnihotra purifies the air from pathogenic bacteria, reduces harmful chemicals in the air like NOx and SOx , and also reduces the quantity of particulate matter in the air (which is harmful for our respiratory system).

Today we want to discuss the effects of Agnihotra and Agnihotra Ash on water. We are advised to add Agnihotra Ash to our drinking water, and many of us are doing so regularly. Why is that recommended? The reason is: Agnihotra Ash removes pathogenic bacteria from water. This has been tested number of times. One impressive experiment was done by Dr. John Matlander, Cuenca, Ecuador. In his own words: 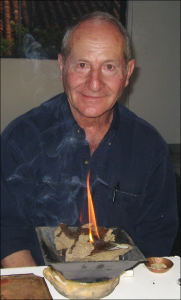 An experience was with a gallon of infected water that I had for several weeks.

Before using it, I requested a doctor to analyze it with a potent microscope. He told me that that water was a cultivation containing fungi, staphylococcus and streptococci. Before throwing it away, I put some of this water in a 200 ml glass and added two teaspoons of Agnihotra ash. I mixed it well and left it for 3 days.

That means: Agnihotra purifies water. But even if we do not add Agnihotra Ash to water but just keep water in some bottle next to the Agnihotra fire, water gets purified. That was shown by Dr. John Matlander in some additional experiment.

There was a 77% reduction in the number of colonies containing Klebsiella and Enterobacterium S.P. and a 81% reduction in Escherichia Coli. Similar experiments done in Maheshwar Homa Therapy Goshala confirmed this result: Just keeping water in some container next to the Agnihotra fire purifies water. This leads to the hypothesis that not only Agnihotra Ash, but also the fumes of Agnihotra have the potency to purify water. But what happens if the water bottles are closed so that neither ash nor fumes of Agnihotra get into contact with the water examined? Water still got purified. Parameters measured were COD (Chemical Oxygen Demand), DO (Dissolved Oxygen), pH, total hardness, and count of coliform bacteria.

Quite an astonishing result as in this experiment – different from those mentioned before – there was no contact neither with Agnihotra Ash nor with Agnihotra fumes. Therefore the effect cannot be explained by some sort of chemical reaction. It seems there is some kind of energy field around the Agnihotra fire which brings about this effect of water purification.

Which kind of energy field could that be? Only physics will be able to find out. In physics, the most common energy fields are electromagnetic fields. By further experiments we could show that the Agnihotra Energy Field must go beyond the electromagnetic range. This will be discussed in a later issue of this newsletter. For now let us stay with our topic of water purification.

We have seen that Agnihotra Ash, Agnihotra fumes, and even just proximity to Agnihotra fire are helping to purify water. All these experiments were done using small quantities of water. The water was kept in bottles of 200 ml up to 1 litre. But what about larger bodies of water? Pollution of rivers, lakes, and oceans is a big environmental concern. But of course that is a big challenge to achieve some improvement.

Still, some initial results could be obtained.

Following photos show one part of the Narmada River before and after Agnihotra Ash had been added: 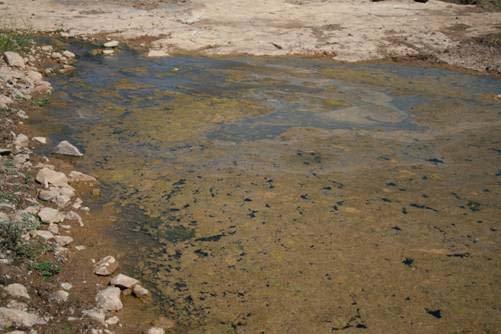 Before Agnihotra Ash had been added to the river water 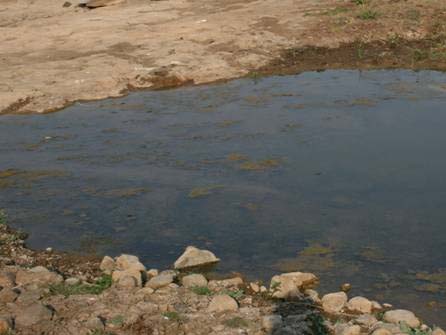 After Agnihotra Ash had been added to the river water

Within three days a big improvement could be seen.Remove featured image

This shows that it is a very good habit to regularly add some of your Agnihotra Ash to water bodies in your vicinity. If you have your own well, then best to do so regularly every day.

But not only the ash helps – also the healing atmosphere of Agnihotra (and other Homa fires) helps to purify water. Below see the results of monitoring the water quality of Narmada River in Central India. Water samples were taken before our Homa Therapy Goshala (which is situated next to the banks of the Narmada River), close to our Goshala and further downstream. In all the different parameters, the water next to this Goshala was best – and it was the only place where the water was fulfilling the standards set by World Health Organization. This initial result shows that Homa places do have an effect on larger water bodies like a big river.