A Scientific American article summarizes several such studies which compare the nutrient levels of food nowadays with tables of nutrient content 50 to 70 years ago.

One study showed that average calcium levels in 12 fresh vegetables dropped 27 percent; iron levels 37 percent; vitamin A levels 21 percent, and vitamin C levels 30 percent. Another study comparing nutrient levels of 20 vegetables found that the average calcium content had declined 19 percent; iron 22 percent; and potassium 14 percent. Yet another study concluded that one would have to eat eight oranges today to derive the same amount of Vitamin A as our grandparents would have gotten from one. (See: www.scientificamerican.com/article/soil-depletion-and-nutrition-loss)

The decline of nutritional value of our foods not only refers to minerals and vitamins. There is also a loss in phytonutrients, most of them less known to most of us – but they play an important role for preventing disease and maintaining good health.

A lack of nutrition in our foods leads to a number of diseases and ailments.

Human health conditions such as chronic coronary thrombosis, hypertension, diabetes, osteoporosis, cancer, old age, and lifestyle-related diseases are associated with the diet. Declining food quality can thus be one reason why such lifestyle diseases are increasing in the last decades.

Several theories have been suggested to explain the decline in food quality. The main reasons for that seem to be:

Agrochemicals used in conventional farming: a 2001 review study, published in the Journal of Alternative and Complementary Medicine, shows that nutrient levels, including vitamin C, are lower in crops grown with chemical fertilisers. Organic spinach, lettuce, cabbage and potatoes showed relatively high levels. Commenting on this study one scientist explained: „Unlike minerals, vitamins and antioxidants are not supplied by the soil, so you cannot add them using fertilisers. They are produced by the plants themselves and are natural pest-defence compounds, part of a range of chemicals we are just beginning to understand. Studies have shown that levels are up to 40 per cent higher in organic produce. If you’re using artificial pesticides, plants don’t have to produce these protective chemicals. Levels in non-organic foods are likely to be lower.“ ( From The Guardian, https://www.theguardian.com/lifeandstyle/2005/may/15/foodanddrink.shopping3)

Now let us see whether Homa Farming has a positive effect on the nutritional value also. Again we find a lot of information in the four M.Sc. theses done at Dharwad Agricultural University (Karnataka, South India). Homa Farming methods were compared with organic methods (without Homa) and with conventional farming methods. The crops planted were soy beans, cabbage, tomatoes, and okra. (Okra is also known as ladies’ fingers, a

vegetable quite popular in Asian and African countries.)

Results were as follows:

-Amylase was increased by 35% compared to control in unsprouted seeds. After germination this increase went up to 66%.

Invertase was increased by 45% compared to control in unsprouted seeds. After germination this increase went up to 100%.

Increase in quality parameters like ascorbic acid (49%), lycopene (40%), phenols (7%) and TSS (10%) was found due to soil and foliar application of Homa.  Biosol as compared to organic control.

Another very interesting result was from Abhay Mutalik Desai who has his Homa Organic Farm near Belgaum (Karnataka, India). He grew vanilla, and before selling he gave samples of the vanilla to a lab for testing the vanillin content. The best commercial result is 25% to 28% vanillin by weight. But his result was 36% by weight. The lab people first thought they had made some mistake in the analysis as such a high value was not seen before, so they ran the test again – with the same result. This shows that in Homa Farming important nutritional parameters are increased, in some cases quite drastically.

Homa Organic Farming products thus support our health as they supply us with all sorts of micronutrients which our bodies need (and often do not get). You could even say that Homa Farming food becomes a medicine. 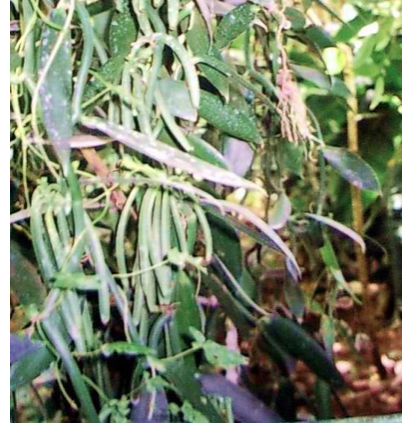